Why I am building a new robot

I have been playing around and building my rover Kevin for several years now. This has been a really fun on and off project as its big enough to sit on and drive around and that's partly the problem, it's a little to big. So I have decided to build a new robotic platform, something that's about half the size and something that I can move around and use in the home.

Not having a starting point like I did with the wheelchair motors and wheels means I need to spend time working out a suspension system and how and where the wheels need to mount, a lot of non trivial problems! My starting point was the 6 wheel configuration of the Nasa Mars rovers, they employe a really clever suspension system known as "rocker-bogie", this allows all 6 wheels to maintain contact with the surface at all times and keep the central chassis at an average position. The 4 corner wheels also pivot allowing for the rover to turn on the spot without dragging the wheels, a problem I suffered with Kevin. 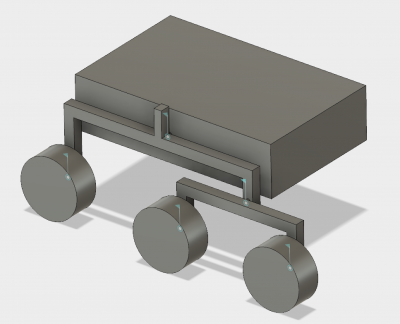 I spent a while thinking about the various joints and how I could implement them and eventually stumbled upon the design of the ESA Mars rover, this uses a a system called "3 bogie" and is a simplified but just as effective mechanism. It uses 3 pivots, one on either side and then the 3rd at the back. You can see this is the design below.

In addition to the suspension I need to choose some motors. I was hoping to use brushless motors for a couple of reasons, they are efficient and compact and more importantly they aren't something I have ever used for rover wheels so I was looking forward to using some new technology. Unfortunately after looking into them and finding a potentially suitable motor I had to abandon that idea because of cost, each motor/driver pair was going to cost me at least £50, more than I was willing to spend, especially when I need 6.

With a brushless motor not an option I looked at stepper motors and the classic geared dc motor. Stepper motors are fairly powerful reasonably cheap given their widespread use with 3d printers and quite easy to control. I did some testing with a variety of stepper motors I had and ended up deciding not to use them, they have quite a bit of torque but not as much as I wanted, they weren't as smooth as I would have liked and because they are always energised they consume quite a bit of power.

This left a geared DC motor, boring but well understood, reliable and easy to drive. The motors I have been looking at have a small gearbox attached inline with the motor making for a compact unit that can have a wheel attached straight to the output shaft. 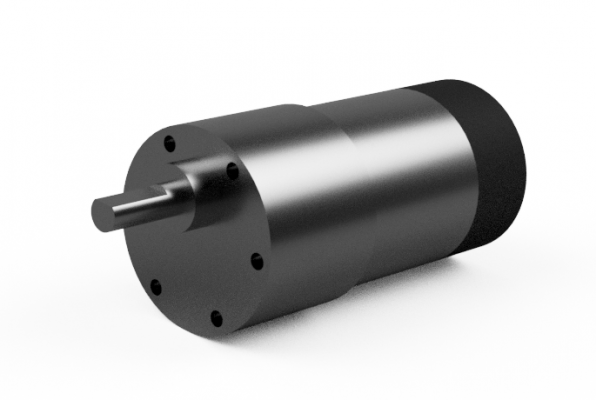 For the previous rover I used Ardupilot which is a great piece of software for autonomously navigating something around a predefined path, sadly this time that's not what I wanted to do so I am taking a look at ROS the Robot Operating System. This is a piece of fairly in depth software that can run across a variety of computers all collecting and processing data. It's quite a jump for me so I have a lot to learn but so far it seems really interesting.

I have a long way to go with the project and I have a lot of cool problems to solve so I hope to post updates on the more interesting bits.