Over the years I have build a variety of different things and played with various different technologies but one thing I haven't spent much time with is solar power.

While clearing through some old things recently I found 3 Particle Electrons, these are arduino like development environments but with celular connections. I have used Particles other wifi devices a few times but these Cellular devices had a few bugs which make it hard to get a mobile connection when plugged into a circuit or breadboard so I gave up on them shortly after they arrived.

Finding these boards again I decided to make use of one and build a temperature sensor to go outside. A fairly pointless exercise but an interesting excuse to learn a few new things. The boards have a built in battery charging circuit and come with a LiPo battery which can run the module for a day or so. They can also be powered directly by a solar panel! A few people on the particle forums had written about their experience so I setup a test circuit and left it in the sun. 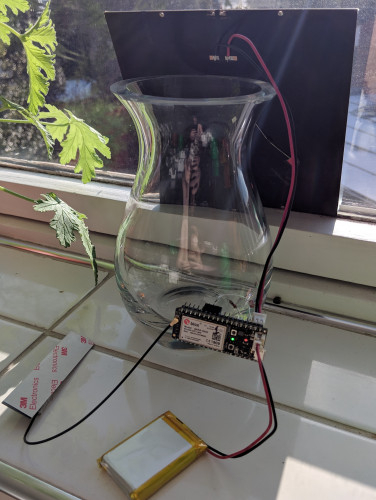 This worked well and allowed me to spend a few days optimising the code to reduce power consumption by sleeping for as long as possible, only waking up every 10 minutes to take readings and upload them. I also worked on improving the reliability of the code as software updates can only be sent when its online and that happens in short but reliable windows so getting the timing right and the recovery behaviour working well took a bit of time.

To turn it into a weather station I added a DHT22 temperature and humidity sensor and a light sensor to see how the light level matched up against the battery charging. I then boxed everything up in a plastic enclosure and 3d printed a stevenson screen for the temperature sensor. 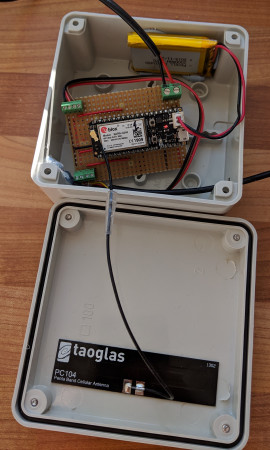 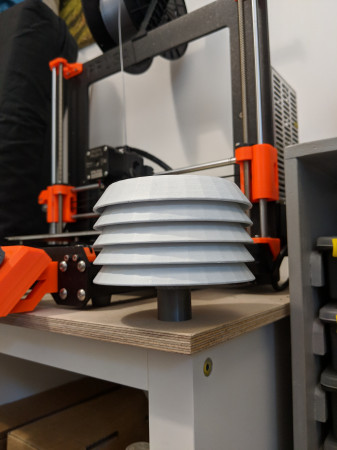 This was all held together by another 3d printed bracket that clipped over my balcony railing. 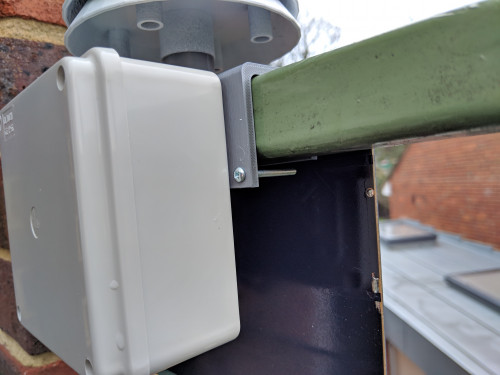 On the whole this has gone really well and the 4W solar panel produces enough power to fully charge the 2000mAh battery in a morning. The only problem I have experienced is with the DHT22 sensor so I have since added a second temperature sensor, a waterproof DS18B20 sensor which will hopefully handle being outside a little better.

This weather sensor isn't exactly in a remote location but it could quite easily be as all its relying on is the sun and a mobile phone mast.