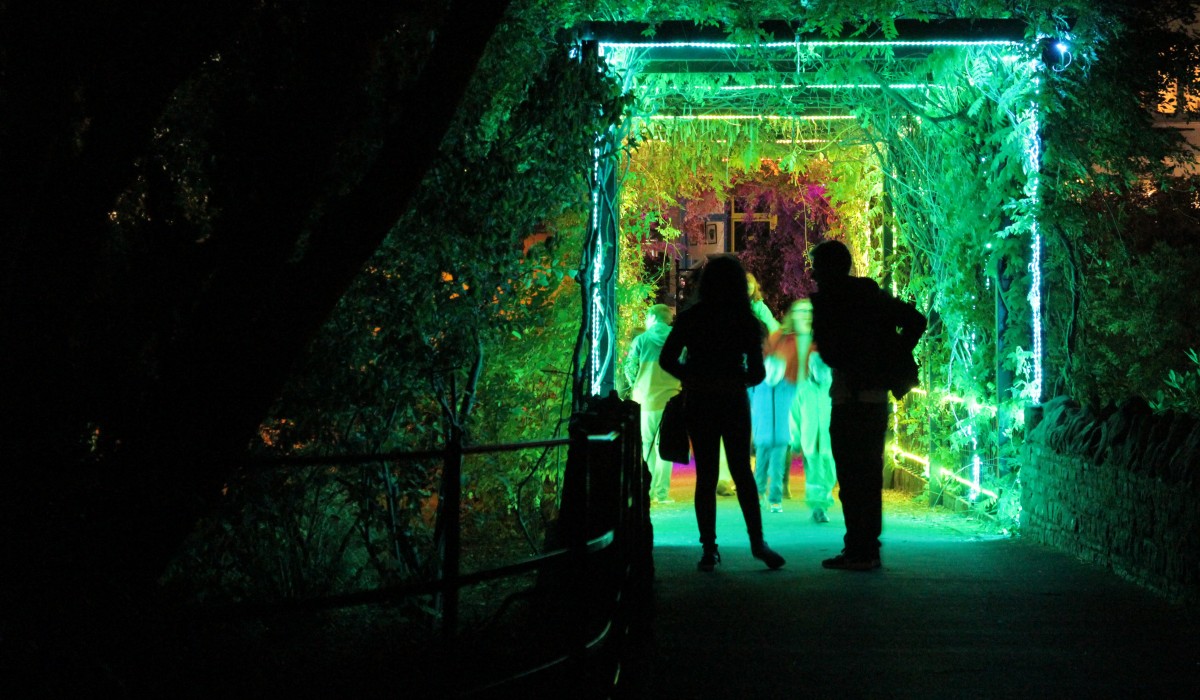 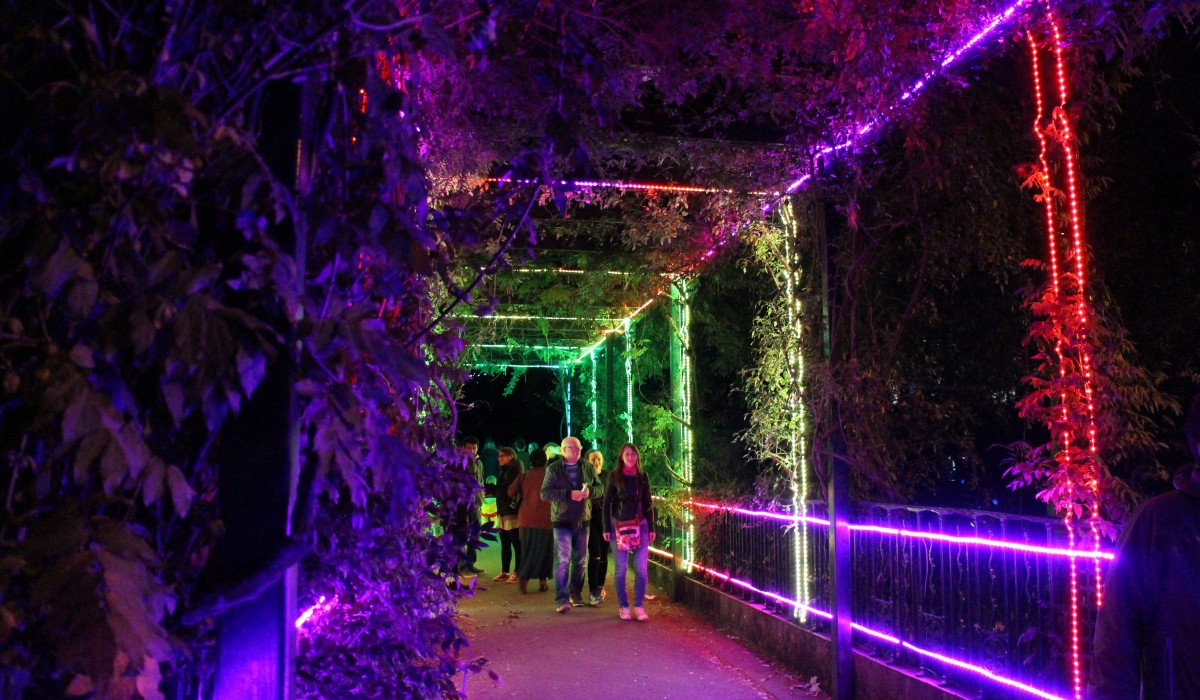 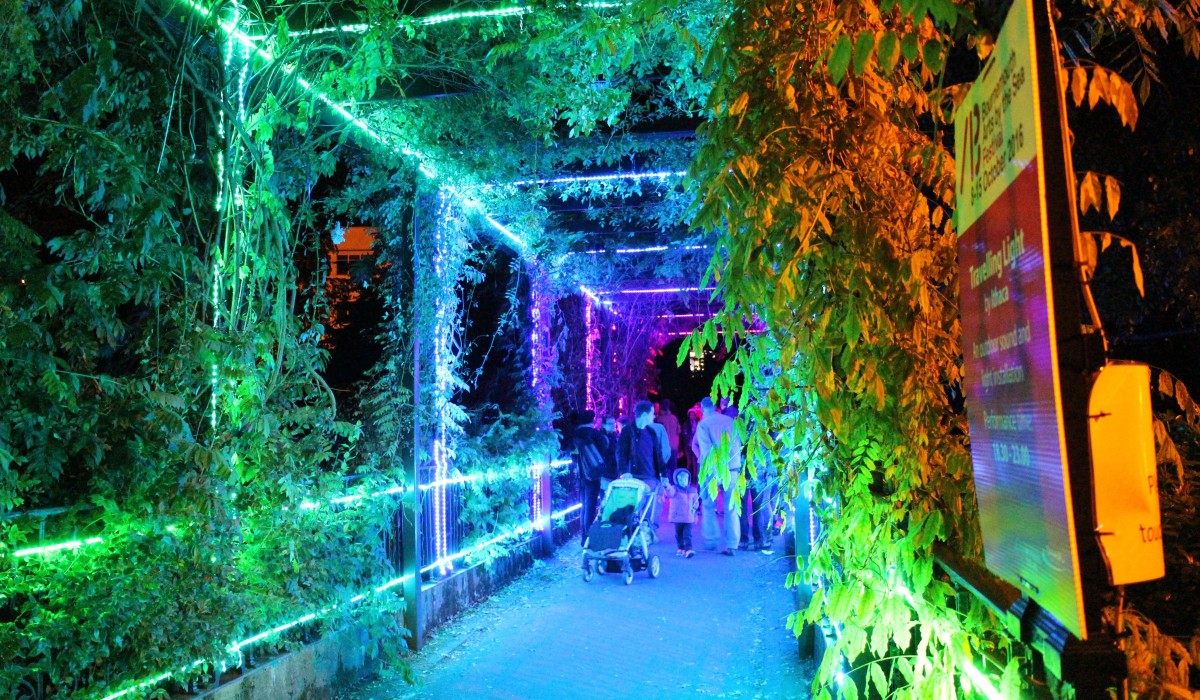 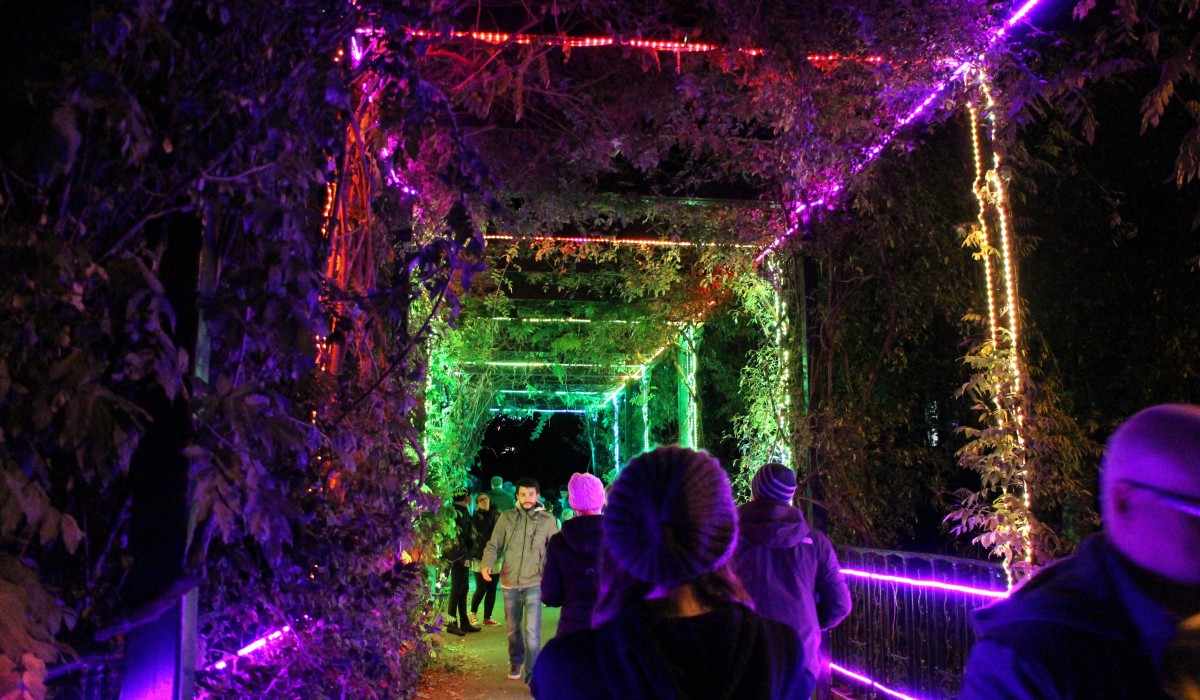 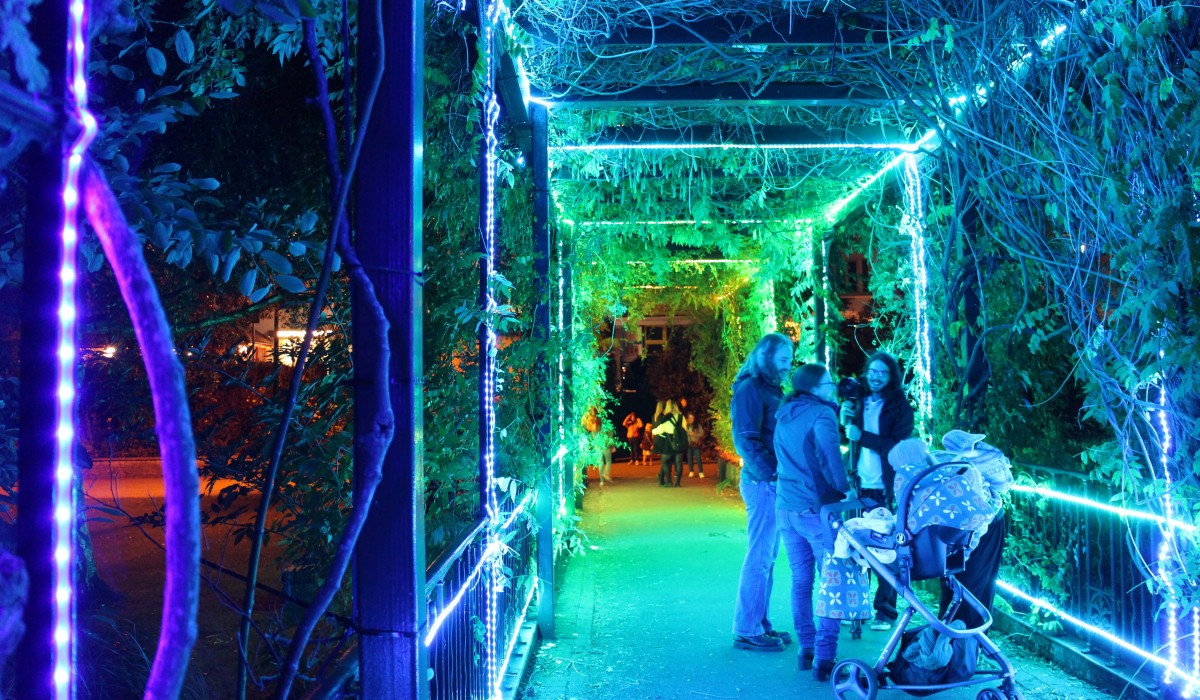 I worked with Ithaca to design and program a lighting installation for an art festival in Bournemouth.

After coming up with the concept and pitching the idea they came to me to make it a reality. Using the hardware I built for Kew Gardens the previous year I set about making modifications to support movement sensors and audio playback.
The final system consisted of two lighting controllers which communicated with each other, an audio playback system which would fade the sound in and out and two movement sensors which would trigger the lighting show and control the direction of travel for the animation.

This was coupled with a sound track developed by Ithaca which included sounds from across the world, the overall effect was an experience of traveling through foreign lands.

I worked on this project for Ithaca
artsbythesea.co.uk/event/open-call-winner-travelling-light-by-ithaca-visual/